When reading articles online that deal with investing in precious metals, almost all of them focus on gold and/or silver. However, most precious metals dealers online also offer platinum and palladium bullion products, yet few investors are well informed about investing in these metals. This month, Buy-Gold.Link will publish two articles that will deal with this subject. “Why buy platinum?” is the first question that will be answered in this article. The following article this month will deal with palladium then.

So what is the first good reason that may motivate an investor to also buy platinum bullion in the shape of coins or bars in addition to the commonly traded gold and silver bullion products? It is that platinum is not just some shiny metal but actually very useful in various types of industries. The automotive industry especially relies on the use of platinum but other industries depend on it as well. That will ensure an ongoing demand for platinum for the foreseeable future. However, that could also result in some rapid swings of the spot price of platinum depending on the current developments (and resulting platinum demand) in these industries. Compared to the spot price of the other precious metals, the price of platinum is perhaps a bit more volatile because of its strong correlation to current industry trends (demand). 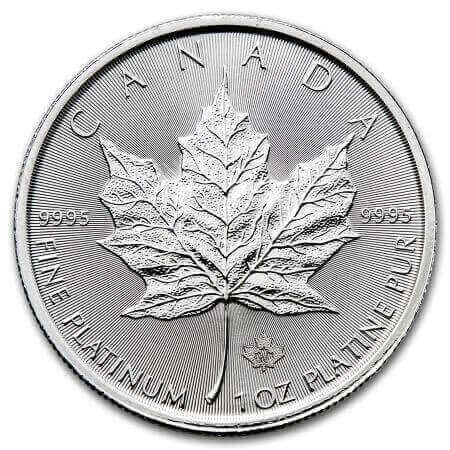 Another reason for buying platinum is that it is relatively undervalued at this point in time. If you look at the historical prices of gold compared with platinum, you will see that platinum most of the time sold for a premium above the price of gold. About 2 years or so ago, platinum was valued about 16% higher than gold. Now, the situation has been reversed and platinum trades almost 25% cheaper than gold. The golden rule in investing is and always has been to buy cheap and sell high, so buying platinum now seems like a very good idea. Apart from an economic collapse that would negatively impact the global industrial platinum demand (and some people think that’s a possibility of what’s to come) , I can’t see any reason for the spot price of platinum to drop much lower than it is now. It can probably only go up from here on out. And if (or when?) gold starts to take off, all commodities including platinum will rally as well if history is any guide.

Other good reasons to buy platinum are its relatively limited supply and the increasing popularity of platinum jewelery in some countries, especially China. Annual platinum production has lagged behind annual demand for many years already. What’s more, the majority of known platinum reserves are located in a single country – South Africa – that has been known for occasional labor and/or political unrest (that could lower production and thereby drive up prices). So what are you waiting for? Now may be the best time to diversify your precious metals portfolio by buying platinum bullion coins and bars! You might very well regret it if you don’t act now while the platinum price is still relatively low (and undervalued).