The world’s only unique gold coin?

A few months ago, I wrote an article about a historic British gold coin that I thought at the time to be the world’s rarest gold coin. Only three specimens are known to exist of the British Double Florin which is about as rare as coins can be. A few days ago however, news came out about a newly discovered type of ancient gold coin. Since only one specimen of this previously unknown type of gold coin was discovered, it might indeed be a truly unique gold coin and therefore the world’s rarest gold coin. Of course, the fact that this coin is so far unique doesn’t mean that it will remain so. Quite possibly, there might be more such coins buried in the ground somewhere. 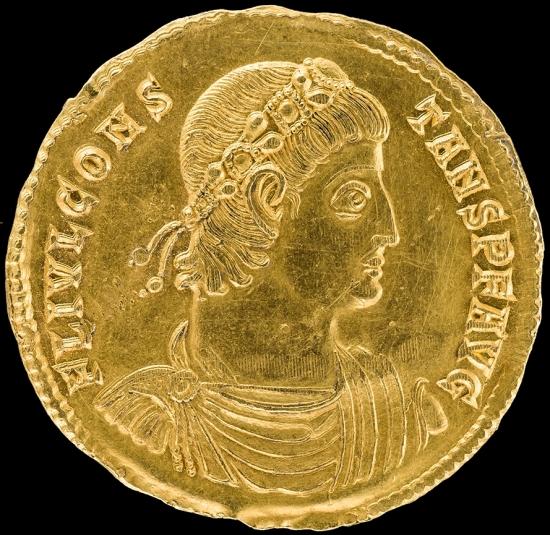 obverse side of the discovered Multiplum unique gold coin

The newly discovered globally unique gold coin weighs 9 grams and has a diameter of about 3 cm. The coin shows a portrait of the Roman Emperor Constans who was the youngest son of Constantine I on one side along with two inscriptions. The relatively brief reign of Emperor Constans occurred during the 4. century after Christ. This coin that bears his image was not meant for circulation but probably served as a kind of honorary token or medallion. Similar coins had been found in the past with holes drilled into them so that the coin could be worn as a pendant. 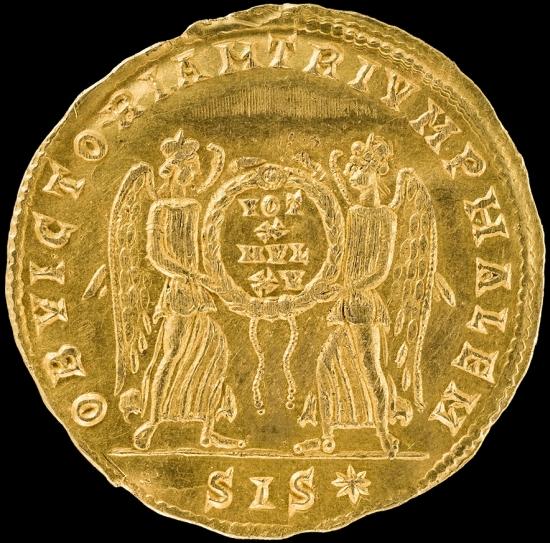 reverse side of the discovered Multiplum unique gold coin

This type of coin was known as a Multiplum, however no other discovered Multiplum gold coin has this particular design which also shows the figures of two angels holding a laurel wreath on the other side. The unique gold coin was minted in the year 342 or 343 in what is today the town of Sisak (known as Siscia in Roman times) in the small European country of Croatia. The coin’s origin is clearly evidenced by the mintmark SIS which appears below the images of the two angel figures. The Roman imperial mint of Siscia is known to have used this mintmark during the 4th century until the year of its closure in 383 AD.