During the current coronavirus crisis, the US has already learned what a bad idea it is to procure most of the basic ingredients that medicines are made of from a single country (even more so since it’s a totalitarian country like China). At the end of March, gold investors learned that a large part of the world’s gold market depends on just 3 large Swiss gold refineries: Valcambi, Argor-Heraeus and PAMP. Whereas Valcambi and PAMP suspended operations until March 29, Argor-Heraeus plans to stay closed a bit longer until April 5.

These 3 Swiss gold refineries that dominate the world market are located in the Swiss canton of Ticino near the border of Italy, which is in lockdown due to the coronavirus situation. Of the three, PAMP operates the largest refinery. It has the capacity to refine up to 450-metric tons of gold, 600-metric tons of silver and 30-metric tons of platinum group metals (PGMs) per year. Both its gold bars and silver bars can be refined up to a purity of 99.999%. Due to its outstanding quality and expertise, the PAMP refinery is one of only three refineries worldwide that have been designated as ‘Referee’ by both the London Bullion Market Association (LBMA) and the London Platinum and Palladium Market (LPPM). 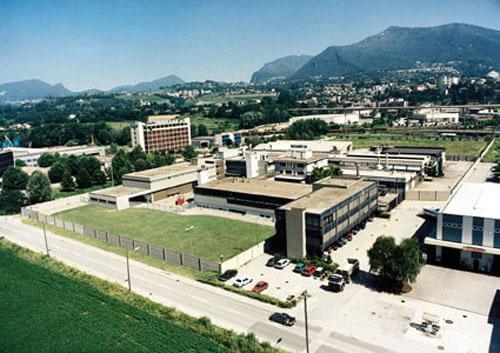 This is the campus of the Valcambi refinery, the biggest of the 3 Swiss Gold Refineries that are located near the Italian border.

When comparing the 3 Swiss gold refineries in terms of annual capacity, the Valcambi refinery comes out as the clear winner. It can refine more than 1200-metric tons of gold each year (plus 400 tons of silver). Its gold bars can be refined up to a purity of 99.999%, its silver bars up to 99.99 % and its platinum bars and palladium bars up to 99.95%. Argor-Heraeus is the third Swiss gold refiner that is based in this area of Switzerland near the Italian border. The annual refining capacity of Argor’s refinery is around 350 – 400 tons of gold. Whereas its refined gold bars are up to 99.99% pure, it can reach 99.999% purity for some special applications such as electronic components. Argor’s silver bars are 99.99% pure and both its platinum and palladium bars meet the ‘Good Delivery’ purity standard of 99.95%.