Coin series with animal motifs are probably the most common type of coin series that are issued by mints from all around the world in order to attract collectors. Many such coin series focus on zodiac animals (like the Perth Mint’s Australian Lunar coins) or mythical beasts (like the Royal Mint’s Queen’s Beasts). Other series focus on rare and/or endangered wildlife like the Canadian “Call of the Wild” series or the less well-known South African Big Five Series. The latter series only came out in 2019 and now already sees its successor, the South African Big Five Series 2.

The South African Mint must have taken a close look at the success of the various Lunar coin series before deciding to launch this new 2nd edition of the Big Five Series so soon after the first one. After all, mints like the Perth Mint have found great success with the issue of multiple series one after another essentially showing the same animals, albeit in different poses and styles. 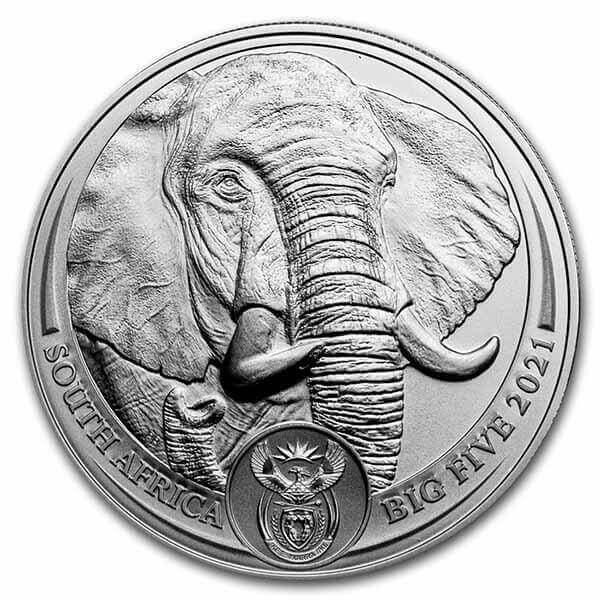 The South African Big Five Series 2 also shows the same five animals that were portrayed in the first series. These are the lion, leopard, rhinoceros, elephant and buffalo, collectively known as the “Big Five” of African Wildlife. The design of the reverse side of the 2nd edition of this series has remained unchanged, showing two halves of the respective animal’s face. The launch interval for new coins (every 6 months) as well as the mintage limits have also remained the same.

What primarily distinguishes the South African Big Five Series 2 from its predecessor is the design of the obverse side of the coins. It is now much more focused on the respective animal’s face. Another novelty is the issue of 1/4 oz gold proof coins (which are sold both individually as well as in a 2-coin set) as a part of this coin series. So far, there haven’t been any announcements regarding new additional sizes for the silver and platinum edition of the South African Big Five Series 2 though.