The British Gold Sovereign coins that are issued by the British Royal Mint are one of the world’s most popular gold bullion coins. Since 1957, the obverse side of the coins displayed a portrait of Queen Elizabeth II who passed away on September 8th 2022. In her honour, the Royal Mint has issued five special issues of the Queen Elizabeth Memorial Sovereign which will only be available for purchase until December 31st 2022!

The standard reverse design of the British Gold Sovereign coins depicts St. George on a horse in the process of slaying a dragon. In a rare change of design, the five different versions of the Queen Elizabeth Memorial Sovereign depict the UK’s Royal Coat of Arms on their reverse side. The obverse side of these special collectible commemorative coins depicts the new official coinage portrait of King Charles III. 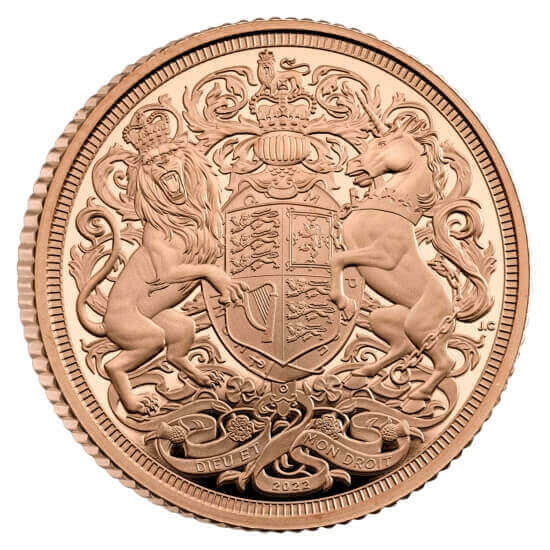