August 15, 2020 by Buy-Gold.Link in Minting Institutions

Since many coin lovers also have a certain level of interest for the history of minting, I want to introduce the historic Carson City Mint today. Located in a beautiful historic edifice in Carson City (Nevada), this former branch of the US Mint was in operation between 1870 and 1885 as well as from 1889 until 1893. During its years of operation, it mainly produced silver coinage but it also produced $20 Liberty Gold Double Eagles, $10 Liberty Gold Eagles and $5 Liberty Gold Half Eagles.

The last official coins with the CC mint mark were produced in 1893 and the historic Carson City Mint officially closed in 1899. After that, the mint’s historic building served as the U.S. Assay Office for gold and silver until 1933.

During its years of operation, up to three coin presses produced more than 50 different coin types including eight different coin denominations. However, between 1878 and 1893 the mint exclusively produced Morgan Silver Dollars. These coins are identifiable through the CC mint mark just like all bullion coins that were once produced at the historic Carson City Mint. 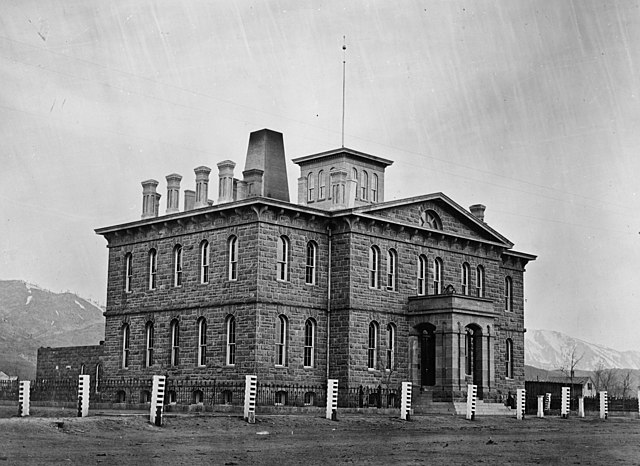 When visiting the mint that is now a part of the Nevada State Museum (open from 8:30 a.m. to 4:30 p.m. Tuesday – Sunday), you can see a vast collection of Carson City Morgan Silver Dollars as well as one of the historic coin presses that produced them. Coin Press No. 1 is still fully functional and it is currently used to mint commemorative medallions.

The last time Coin Press No. 1 was in operation to mint official coins was in the early 1970’s when it spent 4 years at the Denver branch of the US Mint. During that time, it minted 118 million coins including nickels, dimes and about 50 million pennies.

Coin collectors will be excited to hear of the possibility that commemorative Morgan Silver Dollars might be produced on the premises of the old mint as early as next year. At least, a bill to that effect was introduced on July 16th 2019 but no firm decision has been made yet.

If the bill is eventually passed, the 2021-CC Morgan Silver Dollar would probably be struck in uncirculated condition at the mint. However, the mint might bring in a newer coin press to produce the coins so Coin Press No. 1 is unlikely to see some action producing the new coins. In any case, the Nevada State Museum would receive 20% of the 10$ surcharge from each sold coin. The museum will probably attract even more visitors then, so you might want to plan your visit for this year in order to avoid the crowds!