Anyone who spends some time researching precious metals who hear the term “Fort Knox” at one point or another, often in combination with the term “gold reserves”. So what is Fort Knox you may be wondering?

Fort Knox is a United States Army post that includes a fortified vault building whose official name is the United States Bullion Depository. The military fort and its included bullion depository is located south of Louisville and north of Elizabethtown in the US state of Kentucky. 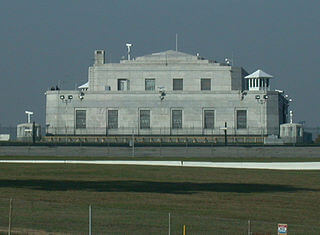 Fort Knox is known as the place that stores most of the United States’ official gold reserves. According to the US Department of the Treasury, 147.3 million troy ounces of gold were stored at the Fort Knox depository in November 2017. That’s a bit more than half of the total US gold reserves. The remaining gold is held in deep storage at the US Mint facilities in Denver (Colorado) and West Point (New York).

The actual gold vault of Fort Knox lies underneath the fortress-like building that is visible at surface level. The underground vault is protected from break-ins by thick granite walls, 25-inch-thick vault casing and 21-inch-thick blast-proof doors. The main vault door weighs 20 tons. Physical and technological security measures are amped up to the max all around the site. One curious tidbit of information is that an escape tunnel exists from the lower level of the vault that is to be used by someone who is accidentally locked in.

Most of the gold is of course stored in the form of bullion bars. Gold bullion bars are manufactured by the leading mints to be 99.99% pure. What I found interesting is that a certain amount of the gold bars at Fort Knox are “coin bars”. These are of lower purity – 90% – since they are made out of molten-down gold coins. The coins that were molten down to make these bars were old US Mint gold coins like the 1933 Saint Gaudens Double Eagles.

In addition to that, US Mint facilities throughout the country hold close to another 3 million troy ounces of gold in the form of coins, blanks and other forms. That amount of gold is also referred to as the mint’s working stock.

The Federal Reserve Banks in the US hold another 13 million troy ounces of gold, most of it at their vault in New York. No other country in the world holds more gold than the United States of America but China and Russia have added large amounts of the shiny metal to their reserves in recent years.