With its mintage numbers in the tens of millions, most buyers definitely won’t think of the American Silver Eagle as a collectible coin. However, there definitely exist collectible American Silver Eagles that cost a lot more than the standard brilliant uncirculated version of the coins which can currently be purchased for less than 35 $ (and also much more than the burnished version of the coins which currently costs a bit less than 45 $). Most buyers however may not have heard of these special versions of the coins.

Most recently in 2019, the United States Mint released a limited mintage of special enhanced reverse proof American Silver Eagle coins that already cost about double the above mentioned price. These special coins were minted at the San Francisco as well as the West Point branch of the US Mint. Only the 30,000 coins that were minted at San Francisco (and that therefore bear the S mint mark) were available for individual purchase. 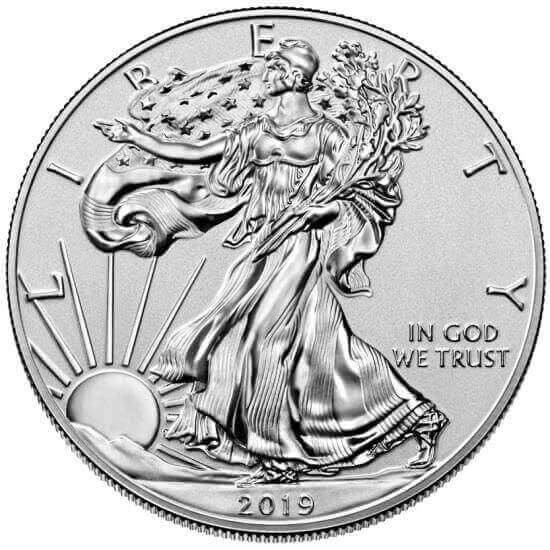 To get a hold of the West Point coins however, you had to buy the 2019 “Pride of Two Nations” coin set that also included a 1 oz modified proof Silver Maple Leaf coin. Both this set as well as the individual 2019-S 1 oz enhanced proof Silver Eagles have long since sold out. Perhaps your only remaining option to obtain these collectible American Silver Eagles is to buy graded coins such as this one. Looking at the vastly inflated price for such a graded coin will make every precious metal investor shake his/her head but there must definitely exist some hardcore collectors willing to pay such a price, otherwise a renowned precious metal dealer like JM Bullion wouldn’t have it listed on its website!

Before 2019, collectible American Silver Eagles were issued in the years 2006, 2011, 2012 and 2013. These were also all reverse proof versions of the coins. Additionally, the 1995 Silver Eagle with the W mint mark (mintage of 30,125 coins) that was issued as a part of the 10th anniversary set that year can also be considered as a collectible Silver Eagle since uncirculated Silver Eagles are generally otherwise not mintmarked.

A similar 5-coin set was issued for the 25th anniversary of the American Silver Eagle coin in 2011. In addition to the reverse proof coin, this set included two uncirculated coins, a burnished coin and a standard proof coin. One of the two included uncirculated coins had an S mint mark. That coin could also only be obtained as a part of this set and can therefore be considered as a collectible coin (since uncirculated Silver Eagles generally don’t have mint marks). This collectible set was reportedly sold 99,882 times that year.