Most gold coin buyers, no matter whether they buy as collectors or investors or both, have at least heard of the popular Chinese Gold Pandas that have been issued by the China Mint since 1982. However, these beautiful coins that depict various cuddly panda images are not the only Chinese bullion coins that score high in terms of cuteness. For a short time from 1994 to 1997, there were also the Chinese Unicorn coins that were minted out of gold, silver and platinum (mostly proof coins but also some BU). Even though many years have already passed since their last year of mintage, these coins still enjoy considerable popularity among coin collectors worldwide today. 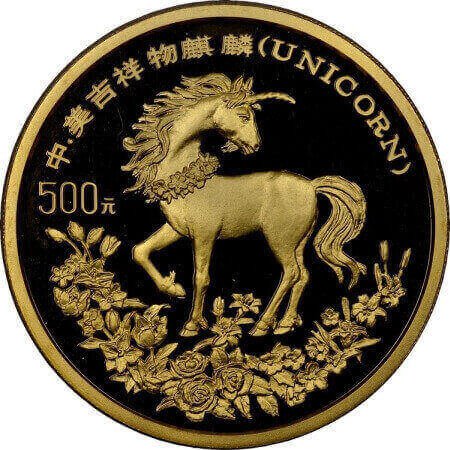 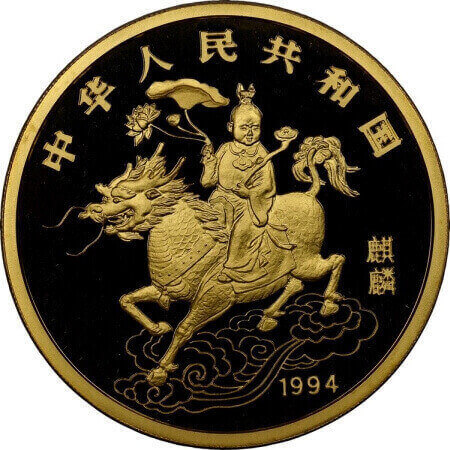 Design of the Chinese Unicorn coins

The obverse side of the Chinese Unicorn coins, no matter which precious metal they are made of, shows the image of a Unicorn just as they are commonly imagined in Western fairy tales. The coin denomination appears on the obverse as well. The reverse side of the coins shows an image of a Chinese kirin and the year of mintage. Kirin are mythical animals that closely resemble Chinese dragons.

Altogether, there exist six different Unicorn designs and four different Kirin designs (plus one reverse design showing a Chinese building). Almost all the 1994 coins out of gold and silver bear the same obverse Unicorn design as well as the same reverse Kirin design. The exceptions are the bimetallic coin (Chinese building on the reverse) and the 1 kg gold coin (standard 1994 kirin design on the obverse; same reverse as bimetallic coin). The design of both sides was changed for the 1995 coins. The 1995 bimetallic coin again is an exception in that it doesn’t show a kirin image on the reverse but the same Chinese building like the year before. If you happen to know the name and location of that Chinese building  (probably some landmark in Beijing?) please leave your comment below this article. Three new obverse and one new reverse design was used in 1996. Finally, the few minted 1997 coins again used a new design on both sides. 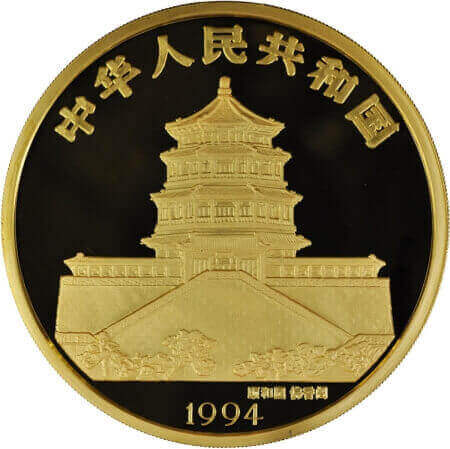 The 5 oz and 1 kg gold coins were the Unicorn coins with the lowest mintages by far. For those of you that are interested in actual mintage numbers, this page has them listed with only a few omissions for unknown numbers. Regardless, all Chinese Unicorn coins are extremely hard to find nowadays. If you are lucky enough to find certain specimens for sale online, you will have to pay a hefty premium since these coins are sought after by collectors worldwide.

I found a Unicorn proof set listed for sale for about 2,000 USD on ebay, but buying coins on ebay is always risky. You have to bear in mind that the Chinese Unicorn coins were minted at a time before such advanced anti-counterfeiting measures as radial lines and micro-engraved privy marks existed. All in all, it would probably be easy for a coin manufacturer in China to produce fake Unicorn coins (maybe gold-plated ones) and even sell them legally to wholesalers on Alibaba by labeling them as souvenir replica coins. So you have been warned.