The US Mint’s first-ever bimetallic gold & platinum coins were already issued back in the year 2000. These $10 coins that have an outer ring of 90% pure gold and an inner center of 99.95% pure platinum have come to be known as the Library of Congress bimetallic Eagles. That is because the coins were designed to commemorate the 200th anniversary of the American Library of Congress whose historic Thomas Jefferson Building can be partially seen in the background on the obverse side of the coins. The Library of Congress seal appears on the reverse side of the limited-mintage coins that had been produced at the West Point branch of the US Mint as both uncirculated (mintage of 7,261 coins) and proof coins (mintage of 27,445 coins). 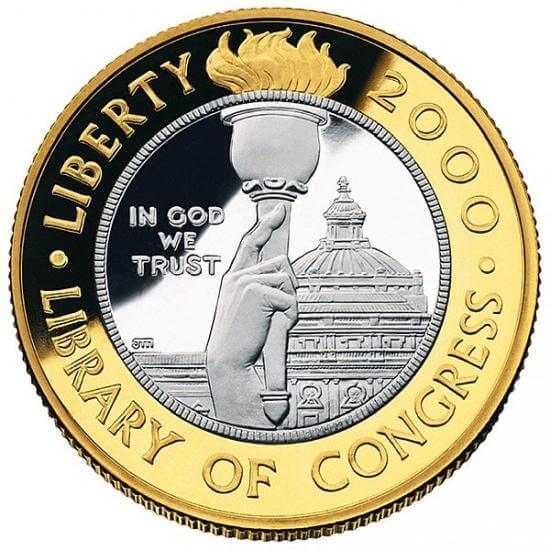