As counterfeiters become more and more sophisticated and gain access to more advanced coin production technology, it becomes more and more important for coin producing mints to add security features that are hard to fake. Britain’s Royal Mint is one of the world’s leaders in introducing new coin security features which the mint recently proved once more when it announced four new features that will appear for the first time on the 2021 issues of the Gold Britannia and Silver Britannia coins.

1. The first of these new coin security features is the addition of a latent image to the coin’s design. You can see this latent image in the lower left area of the design just below Britannia’s flowing gown. It works like a hologram in that it changes back and forth from the image of a padlock to a trident depending on the viewing angle. 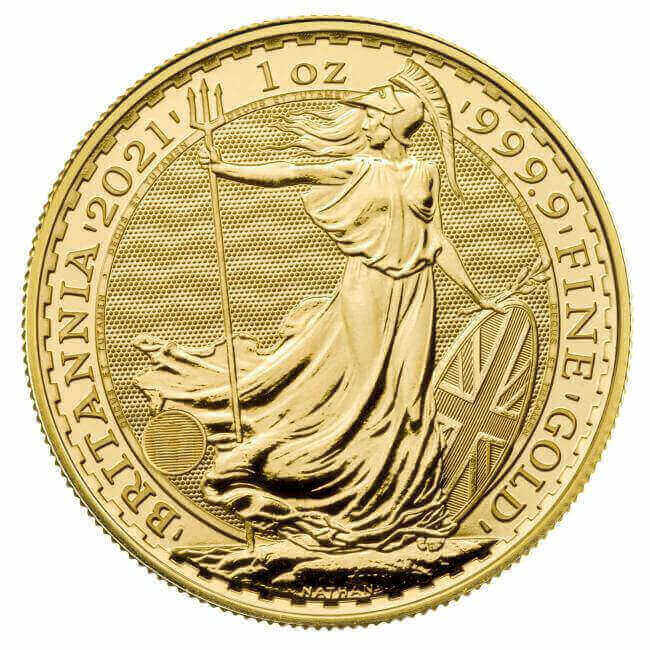 2. However, the most sophisticated of the four new security features is an animation effect that is achieved through using advanced picosecond lasers. The tiny indents that are created with these highly advanced lasers are about 200 times narrower than the width of a human hair. The Royal Mint uses this method to animate the background of the reverse side of the Britannia coins which features sea waves rolling in towards the shore behind the standing Britannia figure. When tilting the coin in the light, all these tiny indents together create the visual illusion of movement, as if the sea was truly moving behind the majestic Britannia.

3. The third of the new security features is the addition of micro-text all around the central reverse design. Most people that don’t have the eyesight of an eagle will only be able to see this laser-produced micro-text under magnification. It reads “DECUS ET TUTAMEN” which is latin for “an ornament and a safeguard”.

4. Moreover, the fourth and final one of the Royal Mint’s new coin security features are tincture lines that allow the depiction of colors and patterns on metal. It is the Union Flag on Britannia’s shield in the bottom right area of the reverse design that has been accented with these tincture lines. They give the cross of the Union Flag a subtle hint of the color red which is the color that the cross would have on a real flag.

With the implementation of these four new features, it can be argued that the Britannia coins have become the most counterfeit-proof bullion coins in the world. What’s more, investors will only have to wait a few more days for the new version of these coins to be available for sale. The launch is planned for October 19th and you can expect the Royal Mint’s website to only be reachable with difficulty (meaning waiting times in a queue) on that day.

Of course it is not only bullion coins but also bullion bars that feature more and more security elements these days. However, Buy-Gold.Link has already reported on some of those features on this blog before.