The occasion for the issuance of these 10,000 Piso gold coins is the 70th anniversary of Central Banking in the Philippines. The design of the obverse side of the coins shows how the official seal of the central banking authority changed over the years (from the Central Bank of the Philippines to the Bangko Sentral ng Pilipinas). On the reverse side you will see the BSP eagle, the BSP seal and the facade of the BSP’s current main complex. 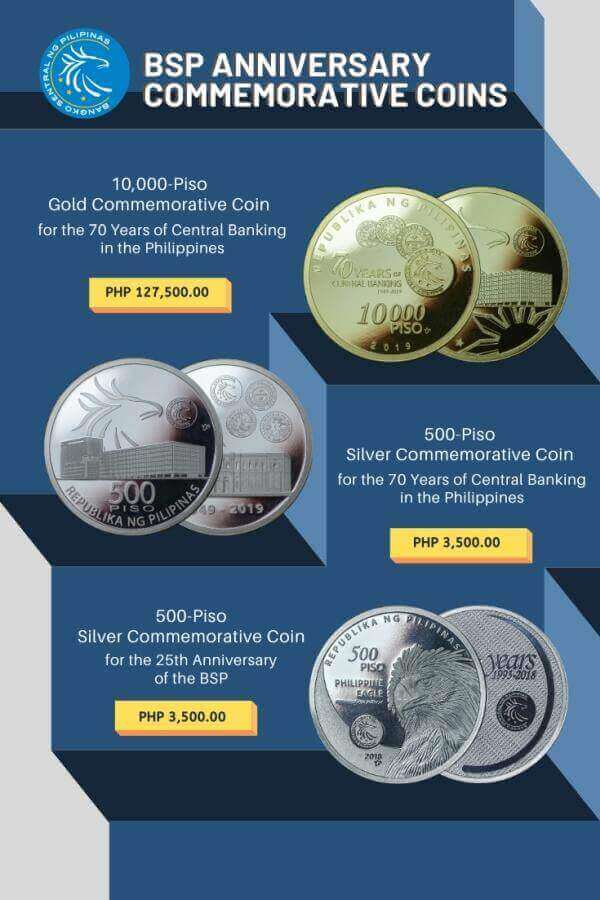 the 99.6% pure 10,000 Piso gold coins are the purest and 2nd largest gold coins yet released by the Philippines

Collectors that want to add these coins to their collection will have to act fast as today is the last day that they can be ordered by sending an email to a dedicated email address of the central bank (anniversarycoins@bsp.gov.ph). Each 10,000 Piso gold coin is sold at the hefty price of 127,500 Philippine Pesos (about 2528 USD)! However, this commemorative issue by the BSP also includes two different proof-like silver coins of 99.9% purity. Both of these 500 Piso silver coins that can each be ordered for 3,500 Php are identical in size (38.6 mm) and weight (28.28 gram) and only differ in their design. While one of these commemorative silver coins is dedicated to 70 years of Central Banking in the Philippines, the other is issued to celebrate the 25th anniversary of the BSP.